In Athens discover the Acropolis, the Ancient Agora and so much the capital has offer. Proceed to Delphi with its famous and most celebrated in ancient times mysterious site of prophecy in ancient Greece. Then Crete is your next stop. Visit Knossos, Phaestos. Explore the scenic landscape of Crete.

Yes, you finally are in Athens, Greece! The first thing you should do is to check in at the Hotel Philippos, located in the Plaka area, close to the Acropolis. As your afternoon is at leisure you can either rest or try to see as many ancient and byzantine ruins as possible.

Art galleries with interesting paintings offer a great variety of exhibitions for all tastes. You can also go to the malls for endless shopping. Overnight in Athens.

The Areopagus, your next stop, is where the first Athenian law court was located and where Saint Paul preached in 54 A.D. and managed to convert a lot of locals into Christianity. You can have lunch in Plaka in one of the many restaurants.

Souvlakia and moussaka with a Greek salad, asian, fusion or french cuisine or just an ice-cream- it is up to you to decide. In the afternoon a trip to Cape Sounion and a drive along the coast of the Athenian Riviera to visit the Temple of Poseidon will take your breath away. Ancient ruins overlooking the Aegean Sea. A mystical venue with glorius history.

You will return to Athens to spend the night in your hotel. 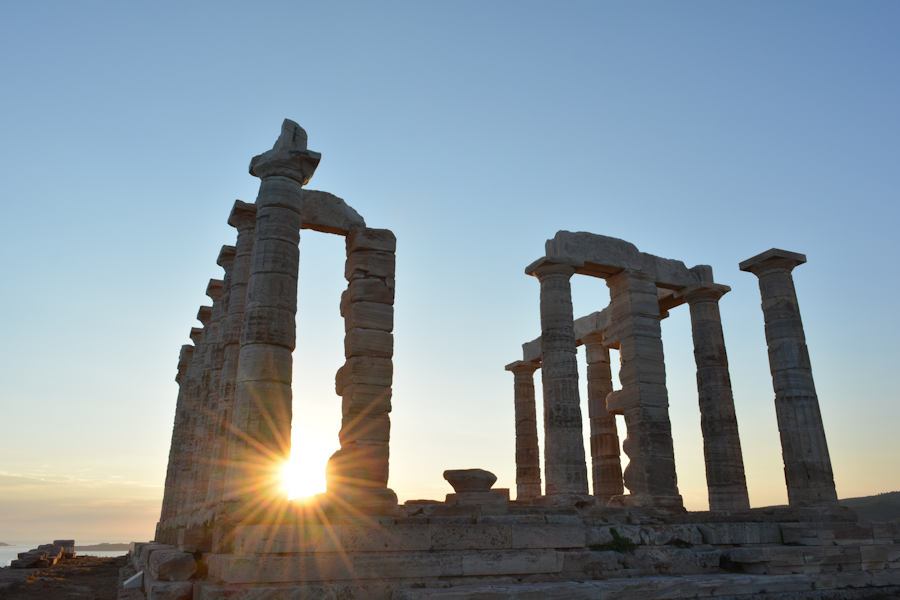 In the morning you will start the full day trip to Delphi just after having breakfast to be able to visit the most celebrated and mysterious site of prophecy in ancient Greece. Home of the oracle of Apollo, the god of light and music, it is situated on the side of Mount Parnassus where the Muses were living. You will visit the extensive site of the oracle that was packed with people in the ancient times, coming to learn about their future or to get healed, the theater and the museum with the unique exhibits of superb beauty. Lunch in Delphi will give you the opportunity to taste traditional Greek specialties and wine. Return to Athens happier and wiser in the evening to relax during the night.

Enjoy your day at leisure in Athens after breakfast. Visit the Archaeological Museum with treasures not only from Greece but also from lots of other countries. If you love animals and greenery, try the National Garden next to the Parliament and also visit the Zappeion.

In the evening you will be transferred to Piraeus to embark the overnight ferry boat for Heraklion, Crete. The ship will sail at 21:00. You will spend the night onboard.

After breakfast, in the morning, you will visit Knossos where King Minos had built his Palace which is famous for its Labyrinth where the Minotaur, King Minos’ son, half man – half bull was living and trapping people. Knossos along with the rest of the settlements of the Minoan civilization was destroyed by the eruption of the volcano of Thera in 1646 BC.

Afterwards you will visit the Archaeological museum, displaying not only finds from Knossos and Phaestos but also lots of other ancient exhibits. Among others you can admire the frescoes from Knossos, the Snake Goddess and the Phaistos Disc.

Back to the city, try local dishes and liquor that you can only find on this island. You will spend your first overnight in Heraklion. 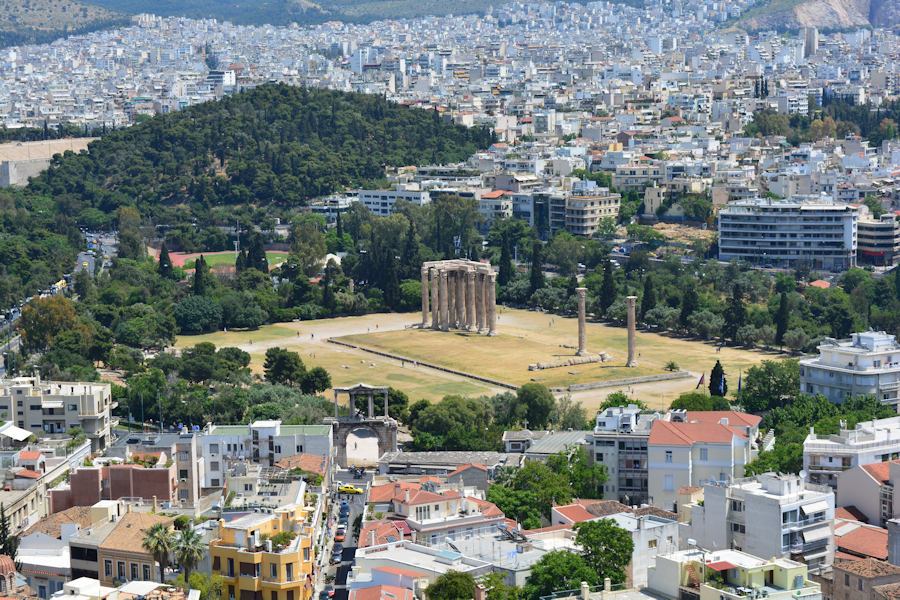 You will start the one-day safari trip by jeep and local driver/guide just after breakfast.

You will explore the scenic landscape of Crete on an 8-hour Land Rover safari and travel off-road along the old Minoan Path and will enjoy panoramic views on the Lassithi Plateau and visit quaint villages, prairies, lakes, rivers and forests.

Drive along off-road paths in the mountains of Crete, see the cave where Zeus was born, enjoy a barbecue lunch with unlimited wine and discover one of the mountain shelters used by shepherds.

You will look at the traditional handicrafts of the Lassinthos Eco Park and visit distant villages and farmland where time has stood still. You will return to Heraklion where you will spend the night after listening to ‘mandinades‘, the famous Cretan songs and dancing along with locals.

After breakfast, you will have a full day at leisure for exploring Heraklion and its surroundings. Visit Koules, the huge Venetian castle built in the 16th century, located in the area of the port. Take pictures of the old town, protected by a circuit of massive defensive walls.

If you are interested in history, we suggest the Historical Museum of Crete. If you travel with children or you are amazed by the sea world, the Cretaquarium-Thalassokosmos is what you need, located in Gournes, 13 km far from Heraklion. 32 vast glass tanks are displaying hunter sharks, all sorts of fish, sea-horses, turtles, jelly fish, lobsters and octopus. 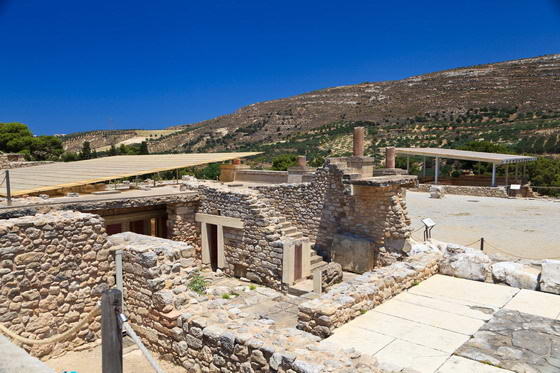 Do not omit to visit the El Greco Museum, once you love art. Domenicos Theotokopoulos was born in the village of Fodele, 28 km west of Heraklion, in 1541 and then in 1577 moved to Spain where he became one of the most famous painters. If you love hiking, try Samaria Gorge with its 18 kilometers of breathtaking landscape. An experience of a life time.

In the evening you will be transferred to the port to embark the overnight ferry boat for Piraeus. You will spend the night onboard.

You will arrive in Piraeus at 08:00. Here is where your amazing trip ends. Leave Greece promising yourself to visit more interesting Greek sites in the nearest future on another carefully designed tour of Vikings Navita.

If you like the idea to gather a group of friends and sail the Greek Islands, the “7-Day Discovery Cruise” is the right choice. If sailing to the Cyclades and Mykonos Island is what you dream of, then the “8-day Jewel of the Cyclades” cruise is a great option.