This is a private tour.

Only members of the group you’ll form will participate.

A perfect, for the Departments of Philosophy and Religious Studies Trip to Greece and Asia Minor.

The 7-Churches of Asia Minor, Athens & Patmos will guide you to marvellous sites of great interest.

Arrival in Athens, start of the special ” Religious Studies Trip to Greece and Asia Minor “.  We will meet you to the airport, and arrange for transportation to the Herodion, the hotel that you will be staying at during your time in Athens.  The Herodion is located just behind the Acropolis.  The afternoon of your first day in Athens is one of leisure.

There is an optional visit to the brand new Acropolis Museum, which is just a 3 minute walk from your hotel.  The welcome dinner will be served in the old Athens Plaka area.

We plan to begin this day with an extended visit to the Agora (market – the site of Ancient Greek assembly – where the Apostle Paul addressed the Athenians.  From there we go on to Pnyx Hill, and then to the Acropolis where we shall have a guided tour of the Parthemon and the other monuments.  The Acropolis, a citadel situated high above the city of Athens, represents the apotheosis of artistic development in the 5th century BC, the Golden Age of Pericles. 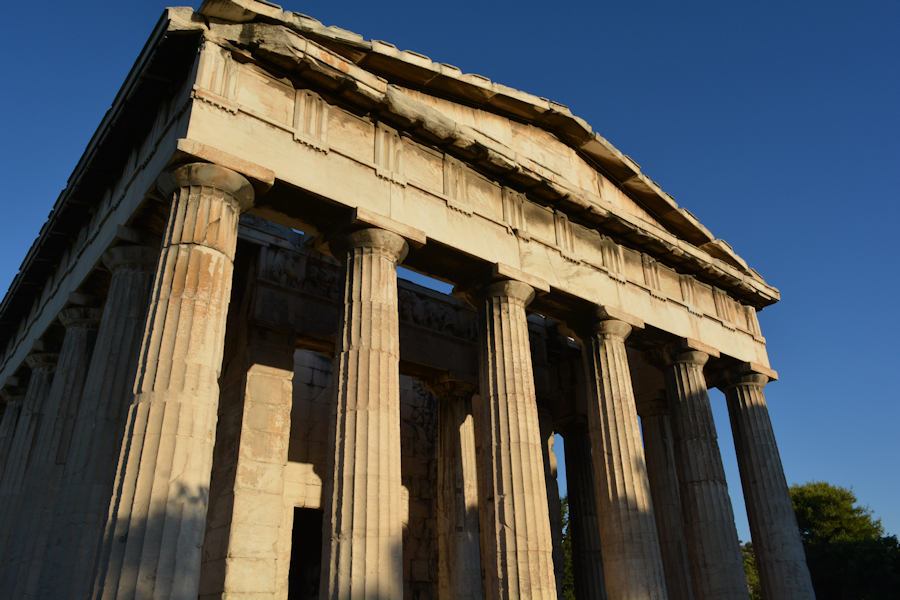 Today’s excursion – comprising of an entire day – is to the ancient site of Corinth where St. Paul spent eighteen months preaching to the Corinthians, and to whom he wrote the first and second epistles.

Continue and drive to Patras in Acharia, where St. Andrew, the brother of St. Peter, was crucified.

Visit the Cathedral of St. Andrew.  The Cathedral is the largest church in Greece, and the third largest Byzantine style church in all of the Balkans.  There is also a Greek Orthodox basilica located in the east side of the city of Patras.  It constitutes, along with the old church of St. Andrew, the site of a pilgrimage for many Christians from all over the world.  It is dedicated to St. Andrew, the first called Apostle of Christ.

Andrew is said to have been martyred by crucifixion – like his Lord – at the city of Patras (Patrae) in Achaea, on the northeastern coast of the Peloponnese.  Early texts, such as the Acts of Andrew, as having been bound, not nailed, to a Latin cross of the kind that Christ himself was crucified on.  Yet, a tradition has developed which claims that St. Andrew was crucified on an X-shaped cross.  The X-shaped cross has now come to be commonly known as “St. Andrew’s cross”.  The story goes that he was crucified on this X-shaped cross per hus own request as he deemed himself unworthy to die exactly as Jesus Christ had died.

We return to Athens in the evening.

Smyrna-Pergamum.   This is the beginning of our exploration of ancient Smyrna.  The church of Smyrna suffered greatly due to its people’s principled refusal to take the Emperor of Rome as an object of worship.  Although all around it was prosperity Smyrna was poor and humble, a reflection of the Beatitudes, and it proved to be the last stronghold of Christianity in Asia Minor.

Continue to Pergamum, which boasts both an acropolis and the Great Theatre, which is the steepest building of the ancient world.  With these attractions Pergamum is a most memorable place, and you will not easily forget your experiences there.  According to the book of Revelation Pergamum is the city of Satan.  This may be because there is an altar dedicated to Zeus, king of the Olympians, located here.

Visit the Red Basilica nearby.  This is yet another testament that as well as the Christian heritage there is an older pagan heritage.  The Red Basilica was once a pagan temple, but with the advent of Christianity it was converted into a church.

Take a walk through the medical center of the ancient world – Asclepion. We will go back to the hotel Izmir in the evening, and will spend the night there.

The morning of day 5 is when we visit Thyatira, which was one of the seven churches mentioned in Relvelation.  In the old days, when Thyatira was a busy hub of trade, the city was knpown for its purple dye.  When dye was relatively uncommon colors such as purple (or blue) were associated with royalty and riches.  The sin of Thyatira, according to the Book of Revelation, was that it fell under the spell of the false prophetess Jezebel.

Your next stop, Sardis, is another of the seven churches of Relation.  Sardis is where the minting of coins began – the people of Sardis discovered that you could separate gold and silver, and these new coins whose value could not be questioned changed the way we look at money.  Sardis was also where wool first began to be dyed.  Sardis yet another of the seven churches in Revelation.  The admonition given to the church at Sardis was that although it called itself living it was dead.

Visit the Temple of Artemis, the Gymnasium, and the Synagogue.

Visit the site of Philadelphia.  Although there is not much that is left of the ancient site of Philadelphia – no markers or memorials – there is an ancient wall and the ruins of a Byzantine basilica.  Philadelphia is also one of the seven churches of the Book of Revelation.  Unlike the other churches, Philadelphia receives not an admonition but a blessing for it was faithful to its teachings. We will spend the night in Pamukkale.

After breakfast we will leave for the ancient city of Hierapolis.  Hierapolis, meaning “holy city, was the site of an ancient pagan cult.  St. Paul, often considered ironically as the founder of Christianity (since it was he, not Christ, who carried the message of Christ to the world) Christianized the people of the holy city.  The Apostle Philip, who lived in this city for a time, is believed to be buried here.  Now, centuries after the apostles, you can still catch a glimpse of the lives of these early saints of the religion.

In Laodicea there is mile after mile of ancient, crumbling, ruins.  You can see the ancient stadium the remnants of the ancient columned streets of the Mediterranean.  You could also go look at what has been unearthed in the most recent excavations in Laodicea.  Laodicea, one of the seven churches, received the admonition that it was neither too hot or too cold – that is, that it was indifferent.

Ephesus, another one of the seven churches, although it is chastised for having abandoned its initial ardor it is also recognized for its faith and its endurance.  Today, you will see the ancient city of Epheus – a city that was once a thriving port town, and the scene of much life and activity.  It was home to about 250,000, and beautiful wide columns sprung from the side of its streets.  St. Paul came to Ephesus twice – his first visit was brief, but the second time he came he stayed three years.  St. Luke the Evangelist records that the cult of Diana was practiced here.

Pay a visit to the Great Theatre (stadium) that is referred to in the Book of Acts, see the Fountain of Trajan, visit the Library of Celcus, the Chapel of the Virgin Mary, and the Basilica of St. John.

Ephesus, by tradition, has been associated with St. John.  The many figures of St. John have become a conglomerate – St. John the disciple of Jesus Christ, St. John the author of the Gospel and the Book of Revelation.  So, the basilica is known as the Church of St. John the Theologian. Spend the night in Kusadasi.

First thing in the morning, after having partaken of a little breakfast, we will get on a boat to Patmos – the holy island – where St. John wrote the Apocalypse.  We will visit the monastery there, and spend the night in Patmos. 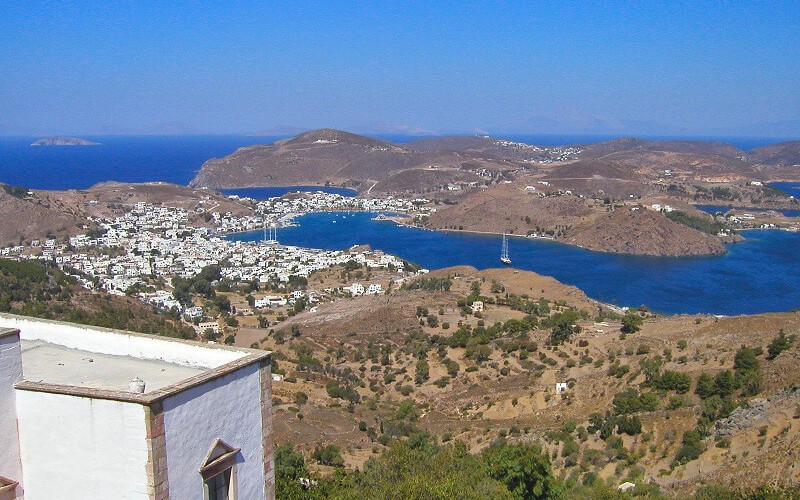 From Patmos we shall return to Izmir by boat, and from Izmir we shall fly back to Athens in the afternoon.  We will spend the night in Athens.

In the morning transfer to Athens Int’l Airport for departure.  End of  the ” Religious Studies Trip to Greece and Asia Minor “.