With so many museums to visit all over Greece, it is really difficult to say which are the best museums in Greece you should absoluterly visit.

This is a list with some of them. As there is no shortage of ancient history to be seen by tourists from all over the world, he are 13 museums that you may want to visit while staying in Greece.

The largest and by far one of the best museums in Greece and one of the most interesting museums in Europe, the National Archaeological Museum, maintains an impressive assortment of 11,000 exhibits with finds from all over Greece that are divided into five main collections.
Statues, sarcophagus, craters, plates, vases, jewelry, seeds, glasses, spoons, forks, knives, swords and whatever else humans have been using from the pre-historic years can be found here. 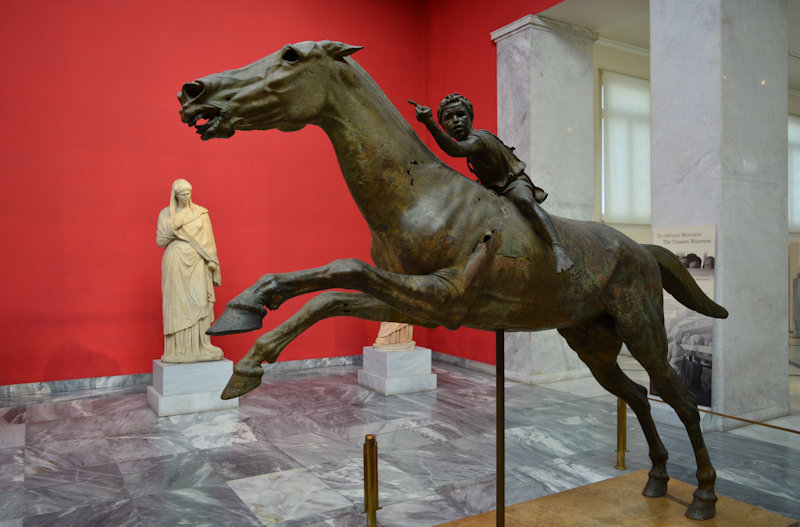 The highlight is the Antikythera mechanism, an ancient device used for astrological and calendrical purposes that many scientists tried to understand and reproduce during the past years. In the room with the Egyptian exhibits, you can admire wonderful artifacts that came in the past to Greece from the neighboring country.

Founded in 2003, the Acropolis Museum sits close to the famous Acropolis hill and the Parthenon, housing most of the artifacts found at the sacred site such as statues, sculptures, and many other ancient objects. The museum stands an impressive five stories high and contains a glass panel on the lower floor for visitors to view the ongoing excavations of the buildings and streets of ancient Athens.

It usually hosts collections of other museums, meetings and congresses and it is the best equipped museum in Greece. Due to its impressive architecture, precious finds and the enormous publicity, it is considered to be a must see in the world and a pole of attraction for practically all the tourists that can have a couple of overnights in Athens.

Featuring one of the best collections of Minoan art, the Heraklion Archaeological Museum, located in Heraklion, the capital of the island of Crete, is certainly one of the greatest museums in Greece.

Its ancient artifacts cover a period spanning 5,500 years from the Neolithic period to Roman times and include art, jewelry, weapons, pottery, and figurines.

As you can see exhibits from the palaces of Knossos and Phaistos here, the Heraklion Museum is one of the most popular museums of Greece.

The Minoan civilization, its artifacts and architecture will always remain enigmatic and a big mystery yet majestic and imposing.

If looking at relics holds little fascination or if you simply want a break from viewing ancient artifacts, then perhaps this unique museum is for you.

Other facilities include an amphitheater, a Formula 1 simulator, and a road safety educational program.

The Byzantine And Christian Museum

Located in Athens and being one of Greece’s national museums, the Byzantine and Christian Museum is home to displays about the early Christian times, Byzantine Empire, and later periods.

With over 25,000 exhibits, the museum presents a detailed look at ancient art and culture dating between the 3rd and 20th century AD.

Due to its specialization, it brags to be one the best world museums hosting Byzantine and Christian items in abundance and is daily visited by tourists and students who want to observe and study medieval Greek art and religious painting in details.

With a display of around 600 musical instruments, the Museum of Popular Musical Instruments includes ancient and modern, well known and obscure instruments from all over Greece.

Step back in history while listening to the different musical instruments and styles of music via headphones featured in each exhibit. An engaging museum for the entire family and an exceptional tip for professional musicians or musical instruments constructors.

The Archaeological Museum Of Delphi

This museum, one of the most visited museums in the world, features the history of the Delphic sanctuary with artifacts dating from the prehistorical period to late Antiquity.

Following a chronological order, the exhibits show viewers the different periods of prosperity and eventual decline of the sanctuary. The Charioteer of Delphi, one of the most famous Greek statues and an excellent example of classical bronze cast, is also featured here and undoubtedly is a definite highlight of this museum.

If you are fascinated by ancient Greek mythology and you want to see with your own eyes where Apollon was speaking through the mouth of the oracle and which objects were used by people who were visiting the temple, this museum will answer your questions.

If you are planning to stay for more days  and you want to get as much knowledge as you can from your trip, there are some more of the best museums in Greece you should not miss:

The Museum Of Natural History

Located in Kifissia, not far away from the center of Athens, this museum has a great variety of exhibits of mummified or replicas of animals and minerals from all the parts of the planet.

Educational movies about the geological and zoological history of Earth are also projected so that you can understand where you come from and where you are heading.

The Museum Of Contemporary Art

Collections of post modern paintings and sculptures from all the planet are exhibited at this museum located very close to the centre of the capital, conveying specific messages.

An exhibition of artifacts made of gold is what this museum displays in the heart of Athens.

The Archaeological Museum Of Volos

Located in the heart of the city of Volos and very close to the beach, along with its other unique exhibits, this museum proudly hosts pre-historic items that are among the oldest ones in the world and are without any doubt breathtaking.

You can be amazed in the museum of this city just under the mountain that was once the home of the centauruses.

The Museum of Mushrooms And Natural History

Located at Meteora, the steep rock with the monasteries, this museum will give you details about the life cycle of a mushroom and you will also have the chance to see animals and plants from all the continents.

In this superb museum you will have the chance to see minerals and exhibits having to do with mining and to watch educational projections in a mini-planetarium about geology and mining after accomplishing your visit with the real vagonetto into tunnel 850.

to discover great attractions in Greece check the unique Greek Islands Cultural Travel Guide Zeus Guide see Educational Tours in Greece for Colleges, Universities & Alumni or check what you can do during you vacation in Greece. 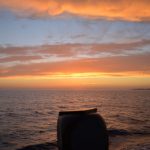 Experience Greece onboard a yacht: Cruise the Cycladesblog 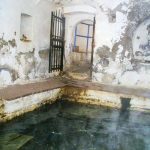