The site of Epidaurus is a remarkable place. Its uniqueness is in part due to its enclosure by mountains that cut the air and give it a mild climate, but the mineral springs, the vegetation and the landscape were certainly among other reasons to establish this location as the cult to Asclepius (Aesculapius), the god of health.

Some history about Epidaurus

The first finding of worship to gods giving health to the believers goes back to the Bronze Age, continued by worshiping Apollo Maleatas and then Aesculapius.

The road from Athens, Greece’s capital, is not long and in less than two hours I found myself in this unique mystical place. Here archaeology meets ancient mysticism, and incredible architectural and artistic progress.

Medicine finds its birthplace here, as it is estimated that the sanctuary of Asclepius subordinated over two hundred branches in the eastern Mediterranean.

I left my car in the huge parking area, which is very useful, especially when there are performances in the ancient theater. Thousands of spectators can arrive by car or bus. After a short walk, I found myself at the entrance of the archaeological site.

Proceeding straight ahead after a short ascent, the ancient theater of Epidaurus has been just before me. I must tell you that the feeling of standing in front of this masterpiece of human ingenuity and mastery is something that causes you a deep awe.

The theater holds about 14,000 spectators and the view by climbing to the top of the stands is amazing. The incredible acoustics of the theater are equally astonishing. If someone stands in the center of the circular stage and talks or even throws a coin or lights a match, and you are standing at the top stands you can hear everything.

The tone is slightly metallic, but not as much as it seemed to me in the ancient theater of Dodoni (north west Greece). The Sanctuary of Asklepios at Epidaurus is registered on UNESCO World Heritage List.

I was fortunate enough, a few years back, to attend in the ancient theatre of Epidaurus Shakespeare’s play “Richard III”. A splendid performance with a full theatre in the middle of nowhere, sitting in the perfectly preserved ancient theater under the starry sky.

I remember that I wondered at how beautiful and full of feeling some moments can be. Thousands of people in attendance were totally silent, absorbed completely by everything the actors were communicated to us.

It brought to mind one form of hypnosis like “enkoimisis”, one of the main methods of medical treatment in this place. Ancient patients were taken into a dedicated building in order to partake of a form of special “sleep”: the “enkoimisis” where god came and told them what to do to be healed.

A modern psychotherapeutic practice could seem based on this type of special hypnosis.

When combined with thermal baths and other healing methods, this was the “holistic” approach of the Temple of Aesculapius. For those of you who are interested in finding more, google “remedies (or “iamata”) Epidaurus 1833” to get a better idea.

According to mythology, Asclepius was born here, thus it was built the homonym temple. It is definitely worth a visit to the Museum, and of course a visit to the archaeological site.

Without wanting to exaggerate, I must point out that seeing the ancient theater; it strongly came to my mind the image of half enormous satellite platter radar, such as those used for deep space research.

It would easily be complete by building with wood the remaining missing pieces, unless they were using different technology. I’d like to know to what celestial bodies point this imaginary “receiver” of mine!

Finally, a circular building surrounded by columns perfectly placed in its periphery, that housed the mystical chthonic cult of Asclepius gives me a certainty that these ancient Greek guys must have been particularly good in geometry class. There’s no other explanation!

Select a guided organized tour to this wonder of Greece or rent a car and take a guide book with you and enjoy the really special magic of Epidaurus. The time you will dedicate to visit this site is worth every step your watch hour indicator makes.

discover great attractions in Greece apart the Ancient Theatre of Epidaurus. Check the unique Greek Islands Cultural Travel Guide Zeus Guide, see the 7-Days Tour than will bring you to ancient Olympia and other wonderful sites of Greece or see and extended version of “Best things to do in Greece” at What to do during your Greece Vacation 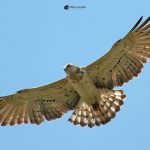 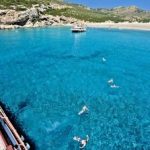