Typing the coordinates 37 04’27 “N 22 2’08” E on the time machine’s “Input Desired Location” panel and pressing the red button right next to it, will take us back in time and precisely back to 1249 year of our Lord. The time is during the dark years of the Middle Ages, when the Earth was not yet know to be a sphere.

This is a time when if you insisted, on the contrary, it might not be such a good thing for your health, since wizards and witches were not really popular back then.

Upon our arrival, we would find in front of our eyes the Frankish William II de Villeharduin building his castle on the slopes of Mount Taygetos, situated in the Peloponnese area –and then called Moreas. After the Fourth Crusade in 1204 AD, Greece was divided, by the very well-known to all theory/strategy – and very humanitarian too – “I have the swords, I have the guns so I do as I like” into several slices.

One of these was the Principality of Achaia under the leadership of Mister William. To protect himself and the fertile lands of Lakaidemon he built Mystras. If we consider the fact that a decade later he was captured by the Byzantine Michael Palaeologus during a battle, it may seem that his plan didn’t work out that well.

To buy off his freedom he was forced to return several properties including Mystras. Since then, Mystras developed a lot and became a center of the Byzantine Empire, where the arts and literature flourished. Indeed, it was there that the last emperor of Byzantium, Constantine XI Palaeologus was crowned King.

In later ages the city was conquered by the Turks, then for a short time by the Venetians and then once again by the Turks. In 1832 the inhabitants were massacred and the city completely ruined by the ferocity of men.

Two years later, modern Sparta was founded a few kilometers from the place and Mystras entered into the book of history.

Mystras today is a destination of great tourist value, especially for those interested in Byzantine culture, medieval buildings in Greece, Byzantine churches, Byzantine art and of course amazing scenery with panoramic views.

The place is about three hours from Athens, the capital of the country. The road passes from the Isthmus of Corinth, where I think it’s worth a detour to the old highway, to stop and admire it. In the past, I remembered they did bungie jumping from the bridge, but the truth is that I wasn’t even tempted to think about throwing myself off the bridge! I guess I’m an earth sign and I need to be grounded to the planet, and not tied to a rubber umbilical cord bouncing up and down. 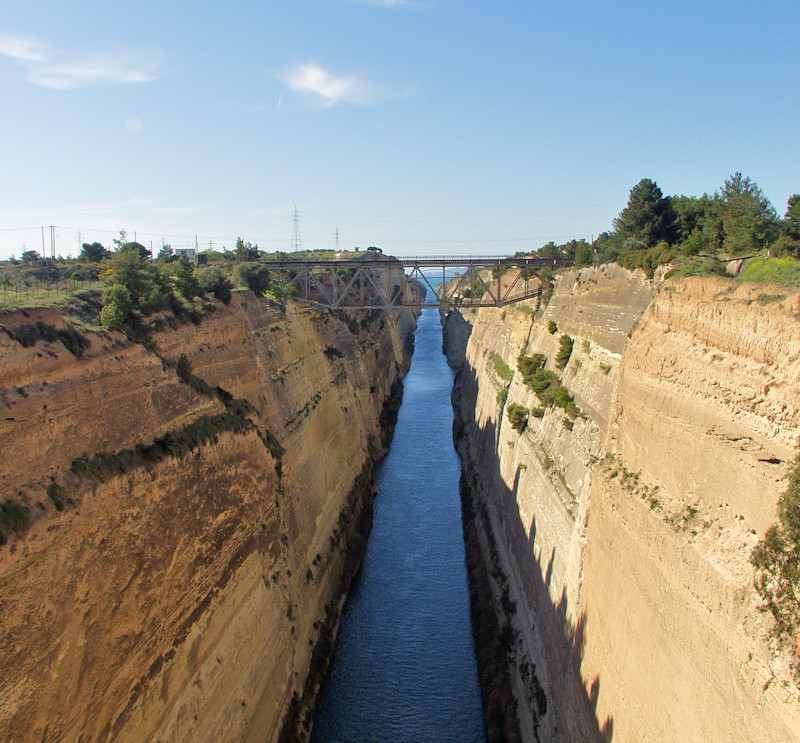 The road continues to Tripoli the capital city of Arcadia region and continues to Sparta, where just a few kilometers away lays Mystras.

Unless you are a Bushman accustomed to walking bare food, you will definitely need a pair of good walking shoes. Mystras without walking doesn’t exist. If it is summer, bring a hat, refreshing water and sunglasses in your backpack.

Walls, murals, great Byzantine churches, including the cathedral of St. Dimitrios, the church of St. Theodore, the monastery Perivleptos and others, the palace, private residences, stone paved roads, amazing views are what awaits you.

The area’s history is written in every corner. Wherever you look I was deeply impressed by some murals and of course the whole landscape that really takes you back in time. Especially when there are not many people around it is an amazing experience. It is not by chance listed on UNESCO’s World Heritage list.

The blue sky, the stone buildings and ruins, the quietness of the countryside, austerity, the smell of the soil all combine to make something special of the imposing place, the essence of which I took with me when I left Mystras – along with a lot of great pictures.

Well, not only that but as well the amazing flavors and tastes of the local dishes of this place that you can try at one of the taverns in the area that are not hard at all to find.

If the idea to rent a car and go on your own is something that doesn’t excite you, you can take a private guided tour of Mystras, for a more relaxed experience of this historic place. 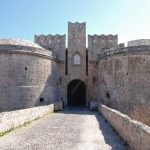 Must-see Spots on the Greek Island of Rhodesblog