On the beautiful island of Patmos, located in the Aegean Sea, lived Saint-John the Theologian, the author of two of the most sacred books of Christianity: the Gospel and the Revelation.

The Monastery of Saint-John the Theologian

Around the cave where the Saint wrote, a monastery was built in the late 10th century AD after the Golden Seal of Emperor Alexios I Komninos was granted. It was built on top of a mountain, probably upon an ancient temple of Artemis and an early Christian basilica.

Gradually, it expanded and gained strong defensive structure. The buildings consist of a true labyrinth, and the complex dominates the highest points of the island. The villagers began to build around the monastery and created the island’s capital, Patmos.

The Chora and the Monastery where Saint-John the Theologian wrote the Apocalypse are registered on the UNESCO World Heritage List. 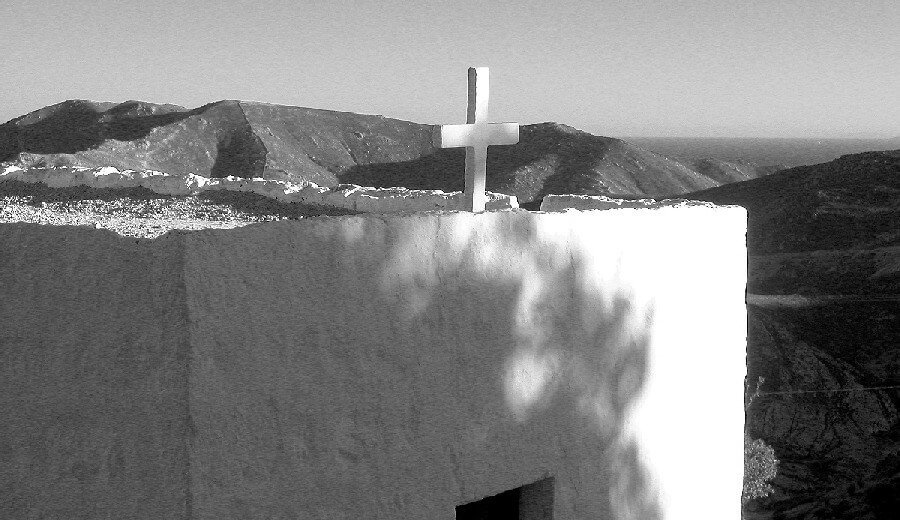 In the monastery I saw beautiful frescoes and a very rich library. It is definitely worth visiting the monastery museum, said “Skeyophylakeion“. The arches and the color on the wall give wonderful backgrounds to the exhibits themselves, which consist of icons, vestments, books and articles of the Orthodox tradition.
Patmos nowadays is a major touristic destination, especially for the religiously orientated visitor.

This island welcomes the pilgrims who come from around the world to see and feel the place up close. So pilgrims flock every year the island of Saint-John the Theologian.

The cave of the Apocalypse (Revelation) might be a revelation to you. The dim light, the smell of burning incense, the lit candles and the surrounding rocks of the cave are still very fresh in my memory, and I predict it will remain so.

There is something in the “air” in this cave, even in the whole site. It is, in its way, deeply religious and spiritual.

As for the Town of Patmos, what else to say except to comment on its great beauty, charm and spectacular views. Indeed, its panoramic view is breathtaking. Bring your camera – you will regret it if you don’t! Especially towards the harbor called Skala, where the land narrows and becomes very thin, Patmos is united into one. It’s like a painting with its always deep blue sea around.

You will find some excellent places to eat as well as sandy beaches on the island. So you can both discover this spiritual island and relax too. Patmos has no airport, so you will have to get a ferry from Piraeus port. It’s absolutely worth a visit! 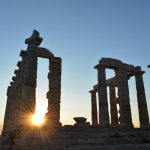 10 Things to Know about Enjoying Athensblog

What about a cruise around Greeceblog, cruises in Greece