The lesson of Physics was one of my most favorite back in school. Kinetics, energy and many more secrets of the universe would become clear – at least, if you studied a bit. One of the many things I cannot understand, nor can I find scientific evidence to convince me, is how the Cyclopean Walls were built.

How they were transported and how the huge boulders were piled to form these peculiar and unique walls is beyond my imagining. Furthermore, if you consider the period when the fortification walls were erected and the lack of modern building technologies, the question becomes a real brain teaser.

Mythology says that the walls were erected by the Cyclops. An easy –and fancy- way to bail out of the problem! Isn’t it?

Both Tiryns and Mycenae are the most advanced cities preserved, belonging to the Mycenaean civilization, in the Peloponnese. Their history is inextricably linked to poet Homer. The Iliad and the Odyssey and are the forefather of many things in Western culture, as they represent the foundations for the development of various European cultures as well as of Classical Greece. 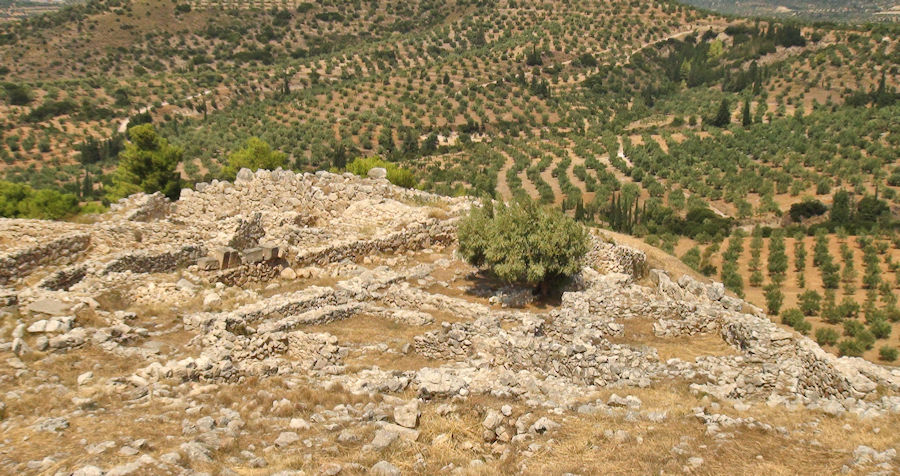 Just before arriving to the archaeological site, on my left hand side, there is the “Treasury of Atreus“, a majestic domed building which is buried under the ground. A little further is the hilltop where lies Mycenae. A reasonable question that came to my mind while I was gazing at the whole site, was why on earth they had to build up here in the middle of nowhere about 1 km of walls enclosing more or less 30-35 thousand square meters of land, plus all these buildings around?

Looking more closely at the guide book, some maps and Google Earth, the answers came to me. In this spot, there was plenty of water (convenient in case of a siege), the place was distant 16 km from the sea and on top of a hill, thus protected from pirates but not so far away as to be isolated. As a bonus for living in the middle of nowhere, the ancients did get to enjoy a great view.

The surroundings are full of stones of all sizes, countless olive trees and hills. It seems a harsh land, and is probably more so during winter. And yet, here they chose to build their city. I am convinced they must have had their good reasons. Some of them can even be understood by me.

Walking uphill on the paved road to reach the entrance of the city, I was observing how really incredibly large stone pieces were adapted one close to another to make these memorable walls. I am sure that their architects, whichever way they had discovered best to build their walls, must have rubbed their hands together in joy and laughed out loud at the thought of how they would torture people’s minds in the future with the their bizarre construction!

I must not forget to mention that even today remnants of various ancient roads that connected Mycenae with other major centers are still visible in the area. 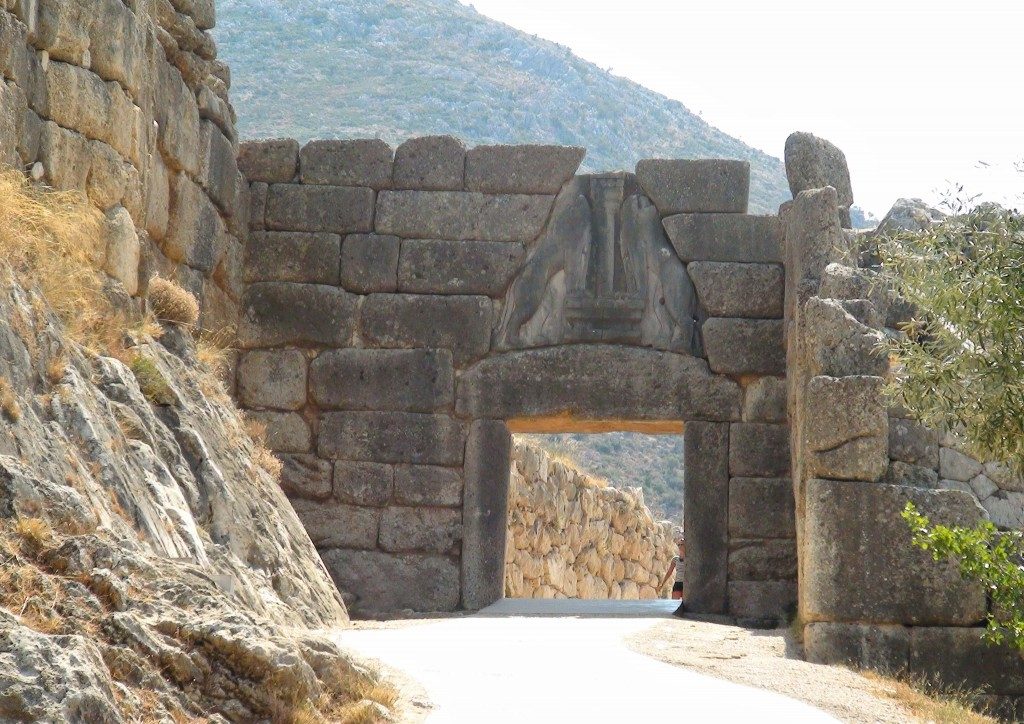 Arriving at the entrance of Mycenae the Lions Gate is a memorable sight. The elegance and power of the Gate is indeed easily noticed.

The tour of the fortified ancient town was pleasant although it was a very hot day. August is a very hot month in Greece.

Leaving the city of Agamemnon (in which the first findings date back to the 7th millennium BC) we headed to Tiryns. The remains of this settlement lie upon a low hill. The area was populated in 5,000 BC and fortification works began in the 14th century BC. In the second century AD Pausanias mentions that when he visited the place, everything was deserted.

After leaving the site of Mycenae and being full of thoughts, and a bit tired because of the heat, we had an almost half day in front of us. We decided to visit Nauplion, a beautiful historic town, almost next to Tiryns, where we had a very nice walk close to the shore and to the historical center of this seaside town and had some delicious appetizers along with a little ouzo.

The return to the capital lasted about two hours. In the evening Athens’ night life was expecting us. This European capital seems not to sleep much, if at all. We went to Psyri and Gazi area. We really had a great time. The Greeks seem to party until the sun rises the next day!

If you are not the type to rent a car and you feel more comfortable being taken there, you will find various organized tours by coach with an accompanying guide visiting Mycenae and Tiryns. Which, by the way, are both on the list of UNESCO’s World Heritage Monuments.

If by chance Homer’s Odyssey or Iliad falls into your hands before you visit the places, it’s a great idea to read a few pages. They will place you right in time and space…

the 14-day Magnificient Greece Tour, the 12-day Do as you like Tour or see and extended version of “Best things to do in Greece” at What to do during your Greece Vacation 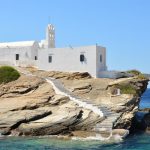