Greece has so much to offer the world in just everything—she’s got great culture, literature, philosophy, a history that goes way before that of much of the world, beaches, Islands, exquisite Greek wines and food and too many more to mention.

Much can be attributed to the great influence of their ancient gods and goddesses and deities, one of which is to Dionysus, the Greek god of wine. Greeks then and now can thank him and their own hard work for producing what can only be one of the best wines and liquors ever created in the world.

Greece has her own distinct taste when it comes to wine and so does each of the famous wineries where various kinds of famous Greek wine are created. These are just some of them. Ancient Greeks use to drink wine diluted with water. They would say: “Dos mou krasin oinou” that means “give me diluted wine”. 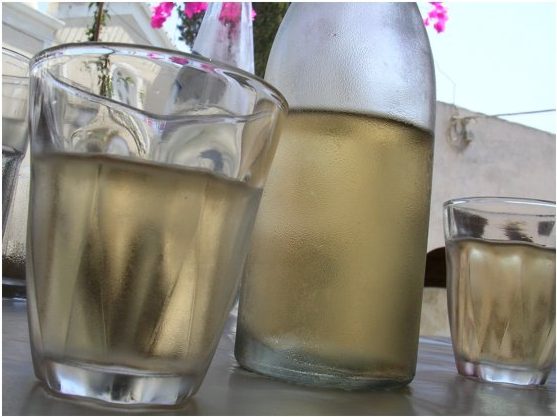 This municipality in Florina in the region of Macedonia actually covers but does not only comprise of more than five thousand acres of vineyards and is also more than five hundred meters above the ground.

The cold and significant snowfalls during the winter and the strong northern winds in the summer help create the Xinomavro, the varietal wine Amyntaio is known for. A couple of red and rose wines are created here as well as a few white varietals like Chardonnary and Sauvignon.

The winery to go to for these in Amyntaio would be the Kir-Yianni Estate established by Yiannis Boutaris in 1997 after leaving the Boutari Wine Group which was the largest winery in the country.
This particular winery though is known for its one-of-a-kind style of microvinification, extensive bleeding and combination of subtle but strong acidic fruits which gives its products that unique character and aging potential.

A little municipality in Heraklion in Crete noted for its pottery as well as its own vineyards, this place houses a couple of family-owned wineries, one of which is Lyrarakis which had been around for nearly fifty years.

This particular winery is known to host a number of local wines as well as reintroduce Verjuice as an important ingredient in the wine-making process.

This place can be found up on Santorini’s highest point, showcasing all sorts of picturesque sights wherever one looked all the way to Oia.

Known for its traditional architecture, abundance of neo-classical and kastelia remains –Kasteli Castle, located here is one of the five castles on the Island, the “kastelia”-, galleries and beautiful sunsets, this capital also holds two of the wineries that bring it fame the SantoWines and the family-owned Hatzidakis Winery.

SantoWines points out the mildly cool climate and the kouloura pruning technique as a couple of the secrets that contribute to the success of their variety of both wine and crop products.

The Hatzidakis Winery on the other hand credits its success to founder Haridimos Hatzidakis who studied it all and eventually opened his winery with Vinsanto production and Mavrotragano vinification.

Have an ommmmmazing vacation in Greece. Create your own Yoga Cruise in Greece onboard a yacht.blog 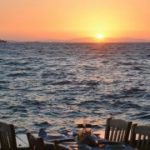 Island Hopping Extravaganza: From Mykonos to Any Island in the Aegeanblog