Take the picture of a bright yellow sun. Then put a beautiful beach with the sand reflecting off it, sparkling transparent waters surrounded by pine and palm trees, cactuses and rocks. You have created the standard image of the best Greek islands!

Greece despite its rather small size, is a country of an extremely long sea coast and can offer the tourist a variety of destinations, totally different one from the other. The variations of the climate, from the colder North to the warmer South, is the reason why landscapes change fast in flora and fauna while travelling along this wonderful peninsula, the Southeastern part of Europe. 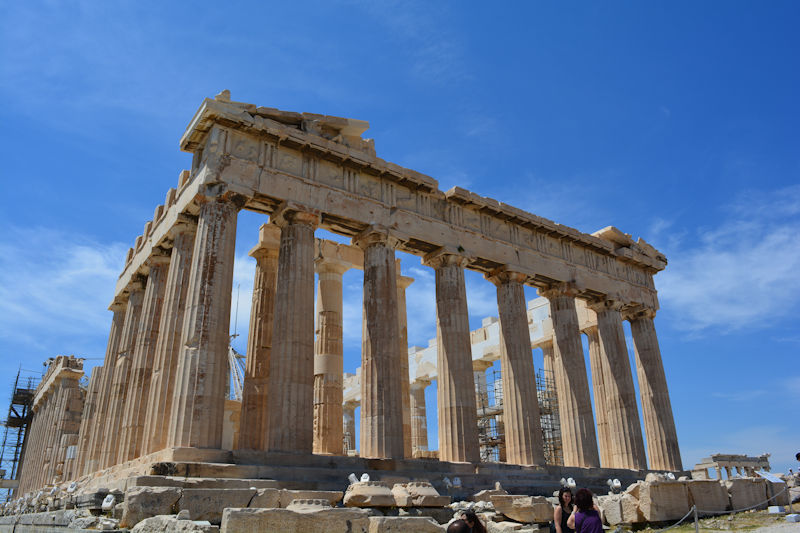 Villages, towns and cities with tall trees, cascades and lakes on the North, reminding you of Northern Europe, a huge fertile plane in the middle and smaller ones towards the South with pine, orange, lemon and olive trees or even with steep barren hills and mountains with few bushes.

There are so many places that can be visited on the Greek mainland and so many things that can be done. But the ideal vacations for most of the people who want to travel include the picture of an island so that they can relax surrounded by the sea, isolated from the rest of the world.

There are more than 6,000 Greek islands and islets on the Greek island map from which 230 of them are inhabited. They are grouped into 6 major clusters with Crete, the biggest one, alone and majestic on the Southern part of Greece. Let’s try to find the best Greek Islands! 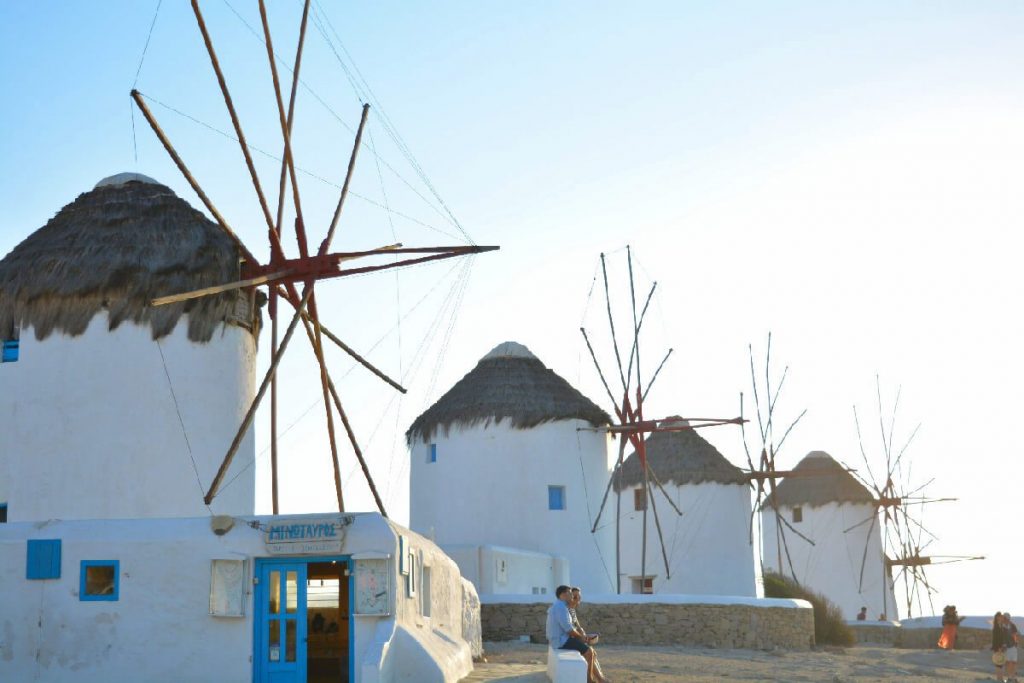 For detailed information about the Aegean Islands visit www.zeus.guide

Greek islands holidays can significantly vary by choosing different islands groups though each island of every group has its own identity and character.

Can’t you live without greenery? The Ionian islands are exactly what you need with tons of pine, orange, lemon and olive trees and flowers whose colors captivate the eye. 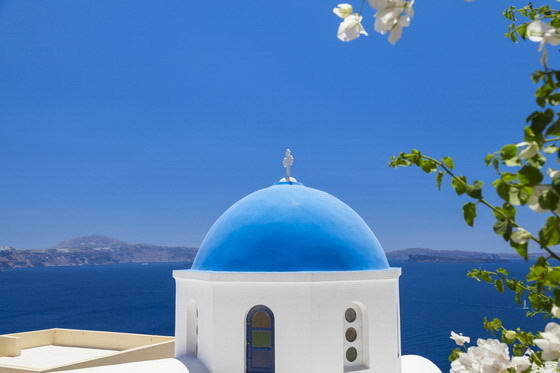 You can choose Corfu for its beautiful medieval city, the famous Palace of Princess Sissi and the romantic Pontikonisi island.

Zante for the bay of Lagana, the largest nesting ground in the Mediterranean for the loggerhead sea turtle Caretta- Caretta and the Shipwreck Cove or Navagio Beach.

Cephalonia for its caves with stalagmites and stalactites, endless sandy beaches like the one of Myrtos used in the successful American movie ‘Corelli’s Mandolin’, imposing Venetian castles and a unique local species of spruces and another one of wild small horses on mountain Aenos.

The Saronic Islands are very easy to reach due to their close proximity to Athens, the capital of Greece. It is obvious that lots of tourists visit them by ferries or island-hopping cruises if their vacations are only based in Athens with Aegina attracting most them because of the ancient temple of Afaia and other ancient ruins, as well as, the history of the Island.

Hydra is also honored by a lot of travelers for its cosmopolitan and imposing air and Spetses as they are lovely and picturesque. 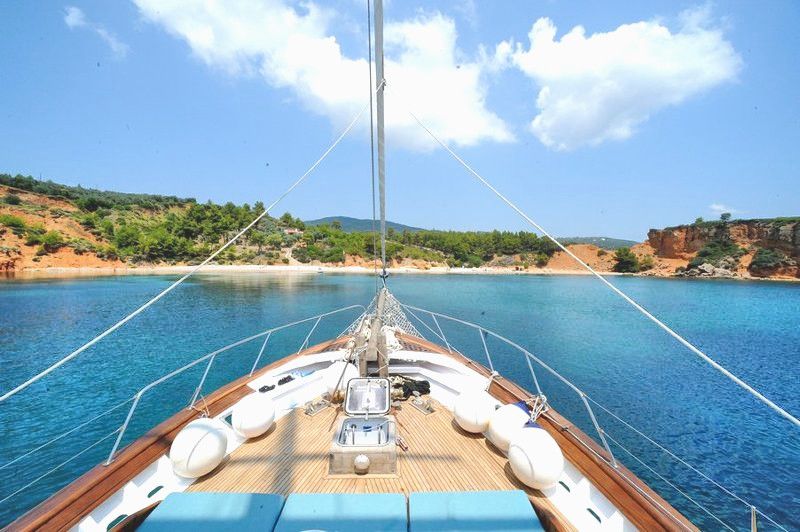 The Cyclades are probably the most known Greek islands. They have something to offer to every tourist, even to the most demanding one.

Starting from Santorini that according to Plato is related to the legend of the Atlantis, with the stone-washed white houses and the volcanic scenery, number one destination for the Mediterranean, as well as, for the world cruises for the cruise liners.

It’s also an ideal destination for a fairy-tale wedding or for couples who want to admire the extraordinary view and feel the extraordinary uniqueness of being there, on top of the hill at sunset with the volcano in the deep blue of the Aegean Sea.

In addition, they can go on an excursion to the archaeological site of Akrotiri to admire the exhibits and the paintings that were found due to the excavations.

Mykonos, the jet-set beauty or else the party island can offer the tourist non-stop entertainment in renown clubs where celebrities from all over the world have fun followed by paparazzi. Shopping in the narrow streets of Mykonos for exclusive clothes, shoes or jewelry is a must. 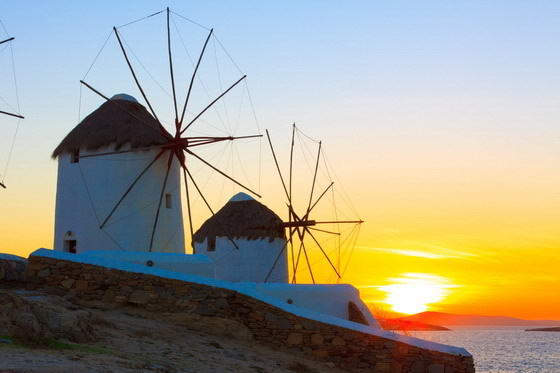 Milos, a quiet island is visited by tourists because of its geophysical phenomena, the multicolored rocks and sea caves with the turquoise waters where they can swim.

Last but not least, Naxos is the island where not only the traveller can enjoy swimming, but he can also visit the very interesting Archaeological Museum with its collection of prehistoric artifacts along with the archaeological sites where lots of statues were found. Did you know that Theseus abandoned Ariadne in Naxos on his way back to Athens?

The Northen Aegean Islands in the North-East Aegean Sea are not close to each other. They have beautiful beaches. long history, delicious food and so much for you to discover. 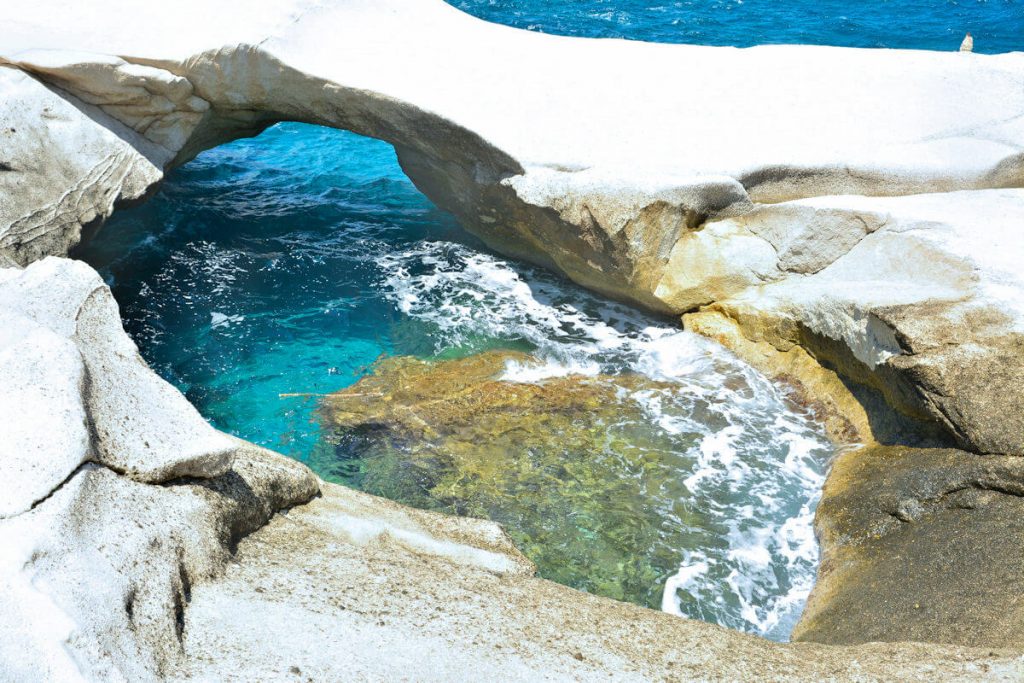 Lesvos is famous due to the great poets and philosophers – Alkaios and Sappho – who lived there in the ancient years, and the magnificent petrified forest.

Chios is the island of the ship-owners with mastic tree forests and a unique architecture.

Samothrace, rather untouched by tourism has cascades, lakes and a lot of ancient ruins. 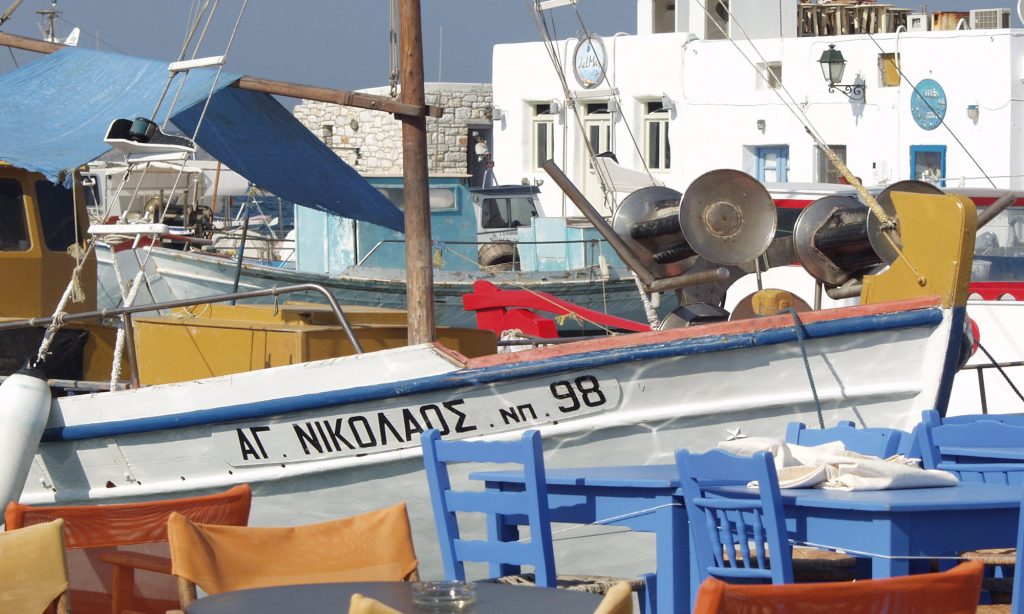 The Sporades are situated off the eastern shore of mainland Greece. Skopelos has got more than 60 sandy beaches. Alonissos‘ islets to the north form a marine park for the Mediterranean monk seal and other wild animals.

The Dodecanese, which means in Greek “the 12 islands” has Rhodes as its capital. Rhodes Island has an extraordinary Medieval city with a lot of sight-seings like the Aquarium with mainly sea-water fish, the Butterflies Valley, the old baths of Kallithea and the castle of Lindos.

Kos is the island of Hippocrates, the father of Western Medicine, where, one can visit his famous Asklepion, a sacred place where patients of the past used to come to get healed.

Kalymnos is the island of the men who dive for sponges, a place for peaceful vacations. Nisyros has got a volcano and Patmos is a religious island as Apostle John wrote the Book of Relevation.

Crete, the Southernmost island of Greece, with its exquisite healthy food, marvelous wines, olive oil, cheese and smoked meat production, can offer the tourist a very vivid culinary experience in traditional taverns or in an award-winning restaurant of a 5 stars hotel. It’s certain that many would put Crete as part of a best Greek Islands list.

From the pink sandy beach of Elafonisi to the tropical one of Vai and the Palaces of Knossos and Festos, the tourist can acquire the most wonderful memories, combining relaxation and knowledge.

Vacation on the Greek Islands

But why should travelers choose the Greek islands as their vacation location?
Simply because they combine the exotic beauty and the cosmopolitan air of the Caribbean and the Indian Ocean islands along with  numerous archaeological sites, geophysical phenomena, unique architecture and a heritage of civilization that goes back to prehistory.

Should you only stay on one island and spend all your vacations there?

It depends on your needs and plans. Once you chose Greece as the destination of your next vacations, it is wise if not “mandatory” to explore a lot more than one Greek island!

The distance between them is not a problem. The most common way to move from one island to another is by ferry boats.  Tickets are not very expensive, but you have to keep in mind that during the peak season, they can prove to be difficult to find. So organize things in advance. 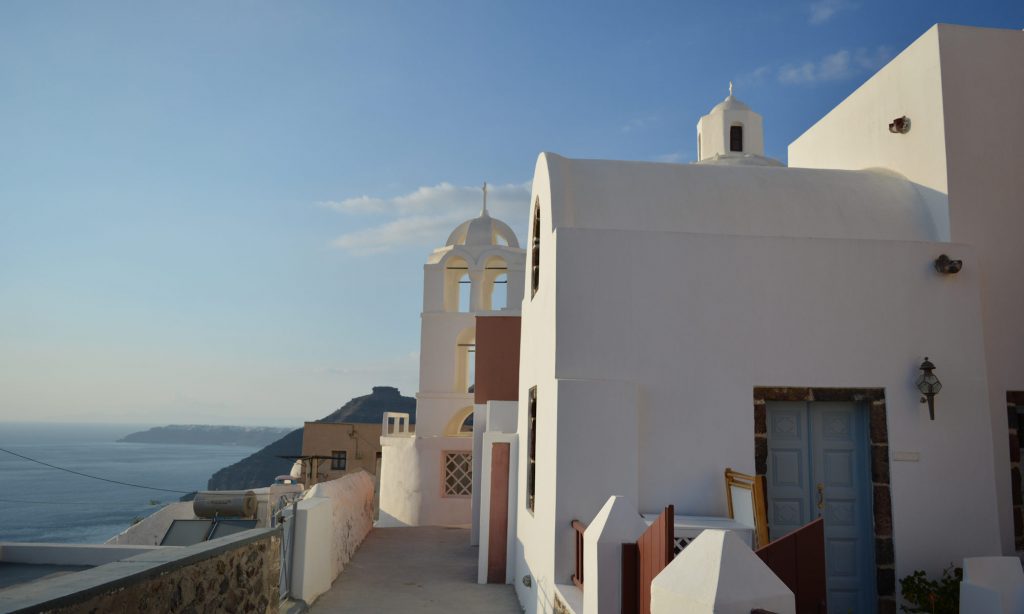 Another -great- option you can consider are the organized cruises to the Greek Islands. They represent  an answer to island hopping with itineraries that include even the most unusual combinations. You can choose between a huge cruise liner, a small ship, a yacht or a sailing boat to sail the Greek Isles.

You cannot claim you know which are the best Greek islands. Every Greek island, from the smaller to the biggest one, from the posher to the timidest one and from the greener to the most barren one can provide the traveller with something exciting a new.

Santorini or Mykonos, Rhodes or Crete, Milos or Corfu?

Every Greek island could be your best Greek island as it has its own identity and it is a unique experience hosted by the warmth of its inhabitants.

The truth is that there is no “best” island. Every and each island has its own uniqueness. The real question is which are the best Greek Islands for you.
Follow your heart -and some of this knowledge- and the path will open right in front of you!

Make up your mind. The final decision is yours. Zeus, the father of the Greek gods, as well as the god of hospitality, will seek so that your vacations on your best Greek islands be full of unforgettable memories… 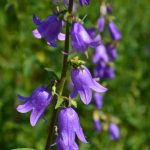 Temple of Apollo Epicurius in Bassaeblog